A former student and two current freshmen from the Brooklyn private school, Poly Prep Country Day School, were filmed in blackface while making monkey gestures in a video found by the New York Daily News.The video had been filmed two and a half years prior when the girls were in seventh grade. It went viral over the MLK Weekend after an article was posted by The Daily News. The video originally surfaced when a freshman posted the original video to a “private student website,” the New York Times stated. The video’s release to the public coincided with the controversy surrounding a group of male students at The Covington Catholic High School confronting a Native American veteran, Nathan Phillips, at The March for Life in D.C. The two events have ignited a conversation about whether there is a serious racism problem in American schools.

The Mayor of New York, Bill de Blasio reacted to the video in a tweet, remarking “Poly Prep has some real explaining to do. And what’s absolutely clear is that a conversation about racism at the school is long overdue.” David Kirkland, the executive director of the Metropolitan Center for Research on Equity and The Transformation of Schools at New York University, told The New York Times, “We should not view this incident of white girls in blackface gyrating as apes in isolation. The video perpetuates the sense that black bodies don’t belong in our schools.”

Jennifer Slomack, a spokeswoman for Poly Prep, said in a statement that the school does not tolerate racism and that the school “took immediate action” when the institution was made aware of the video. This action, however, did not involve disciplining the students. According to the student’s mother, he felt that if he had gone instead to the school’s authorities, they might not have done anything. When Poly Prep learned of the video, they responded by sending a letter to parents condemning the distribution of the video for violating their code of conduct. According to Talisha Ward, a senior at the school and co-President of a group called Umoja, which was responsible for a sit-in about the incident, the letter implied that, “The sharing of the video was worse than the content of the video.” The mother of the boy who released the video said that unlike other students, her son had not yet received paperwork for registration for next year. Nonetheless, she is proud of her son, saying, “He just wanted to speak up. Now, he’s the bad guy. I’m just worried for his future.” If it’s true that the boy has been targeted by the school while the girls in the video have received no punishment, then this will undoubtedly spark further controversy. I reached out to a friend who goes to Poly Prep asking for an interview, but he declined. “I don’t want to talk about it.”

The incident creates a difficult situation for school administrators. The video is two and a half years old, and the girls filmed were only twelve years old when it was taken. Is expulsion or suspension an appropriate response when the girls may have been ignorant of how offensive their behavior was? One of the girls submitted a statement to the New York Times apologizing for the incident, explaining,  “I myself cannot look at this video without being disgusted with my actions and my ignorance at that time. Which is why I understand your anger. This email is not to tell you that you can’t feel that way, I just wanted to help people understand how sorry I am for any offense this has caused.” The girl’s father said that she had told him that she did not understand the historical significance of blackface at the time, while the mother said that they were just being “typical twelve-year-olds.” The parents said that the student had to eat lunches in the Dean’s office to avoid harassment from fellow students.

Within a week after the incident went viral, the girls transferred to different schools. It is unclear whether the school pressured the families to withdraw their children, although one of the mothers characterized the withdrawal as voluntary. A lot of the criticism directed at the school has been focused on their inaction in response to the video. Whether the school has handled the situation correctly or not, a conversation about race has been sparked. Umoja Co-President Ward is glad that the incident has received so much attention saying “I think it’s good that there’s a citywide conversation. It’s good that the video is going viral. We want the girls to know that their actions have consequences. Maybe this is some form of justice.”

This citywide conversation has spread to Grace, where many students have strong opinions.

A word from the editors:

In light of the publishing of this article, the Grace Gazette would like to acknowledge its awareness of the current situation at Grace surrounding racial discrimination. In no way are we attempting to divert attention or ignore what happened within our own community. In fact, there will be an article formally addressing the situation published within a week.

Grace will never be a place for racism. It is our basic human responsibility to ensure nothing remotely similar occurs again. 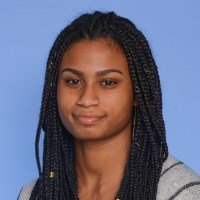 “I wasn’t shocked… I was like: that kinda makes sense, that’s kinda the atmosphere of that school.” 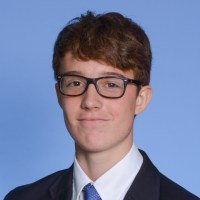 “I wasn’t surprised… I know that there is a racist culture of really elite kids in New York. I thought the angle they chose wasn’t the right one. Instead of acknowledging the blatant racism that is brewed in the environment of the school, they instead went after the social media policy, which isn’t the crux of why everyone is angry about it at all.”

Poly Prep is kinda notorious for stuff like that… It’s not an environment you should have in a school…. You’re supposed to have a set group of values and morals and if you’re teaching students that racism is ok, then you shouldn’t be shocked when people slam you for that… I think it makes worse that even at such a young age you are so prideful of what you’re doing. They should’ve been expelled; every school should have a zero tolerance policy for that. 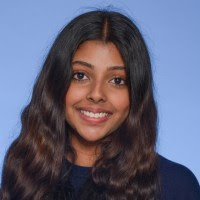 “I don’t want to say I am surprised just because of all of the controversial, racist things that have been surfacing in our media recently, but also because someone that I worked with also worked at Poly Prep and they talked about how the administration could not have cared less about their students of color and racism… I bet these girls are really really sorry, but they need to understand that even though they did this two and a half years ago, these actions are going to have consequences and the administration should definitely reprimand them… [in response to the boy who leaked the video] Poly Prep has no right to take out their student’s actions and their negligence of reprimanding their students on a kid who spoke out against racism and brought light to this situation…. I do think the girls should at least be suspended.” 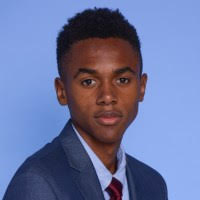 “The administrations at private schools really deal with a lot of their issues in terrible ways… I think the school showing that they actually cared about the issue would’ve been positive… I feel that if this incident happened in sixth grade, the ideas and values are still festering somewhere… They should still know the consequences of their actions no matter how old they are because they probably haven’t been met with an issue like this before where they have had to be held accountable for their actions.” 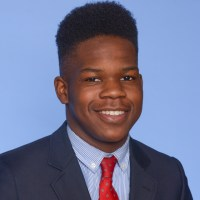 “What made them think that videotaping themselves doing that was okay? I think that there’s a lot of ignorance surrounding some of these issues that keep coming up and that these girls are very much in the wrong. Considering the amount of the attention that the incident got… there should have been a consequence. [responding about the boy who leaked the video] I see the school’s standpoint in how they don’t want to look bad, but at the same time punishing the person that leaked it and not the people in the actual video is not the correct way of handling it. 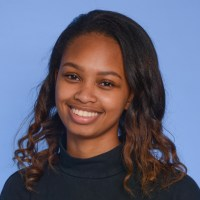 “They’re racist. Period. [Responding about the boy who leaked the video] That’s awful and it’s not his fault that the two kids decided to be racist and do blackface and then got exposed… Don’t be racist next time.” 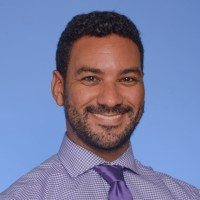 “The coupling of the darkened faces with makeup and then monkey movements definitely triggered me… We need to do better about educating people about the context of blackface. It’s hard to… center intent because we are all good people, so… I don’t think it was there intent to do that. I don’t think they knew the impact, but I think that that’s where the conversation needs to shift. I think the challenge for us, when it comes to making policy, especially disciplinary policy is how the “zero tolerance policy” and the education piece at that same time. If you are talking about a twelve-year-old student, now they know, now they know. Now because of the publicity… and then incidents that happened the week after it hit headlines that same weekend with politicians in this country. It’s hard to believe that someone can say I didn’t know. 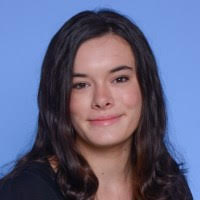 “As you’ve in our school and other private schools like Poly Prep… we seem to be having an issue now or at least it’s coming to the attention of the administration’s attention. We an issue still with racism and I wouldn’t think that in 2019 we would still have to be telling people what kind of behavior is appropriate. I think it’s inexcusable. It’s not like they didn’t know was blackface was… We’ve been talking about blackface for a while now… We learned about Jim Crow, we learned about segregation.” 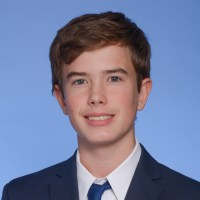 About The Grace Gazette